The Festival is very grateful to The Susanne Beer Cello Corner Foundation who are donating a single prize of £250 to a cellist who enters any of the Festival’s string competitions. Robert Max (the President of the Festival) will listen to the best cello entries from the five classes and choose a prizewinner.

Susanne entered many of her pupils for the Festival. We were very sad to hear of her untimely death, but pleased that we can collaborate with the Foundation to provide performance opportunities and to assist talented cellists.

The Susanne Beer Cello Corner Foundation offers fine cello loans, performance opportunities and assistance with tuition costs to talented cellists ages 7-26. Established in memory of Susanne Beer – founder of the Cello Corner teaching studio and, for nearly 20 years, co-principal cellist of the LPO – the Foundation endeavours to preserve her memory and spirit by helping young musicians to achieve excellence in performance. www.thecellocorner.co.uk

The Festival would also like to thank D’Addario Orchestral, Stringers of London, Bridgewood & Neitzert Ltd and Thwaites Fine Stringed Instruments for their generous sponsorship of the Festival’s string competitions. Please see the classes below for details of the prizes on offer.

The closing date for string classes is Friday 16th April.

Entrants will submit a video of their performance rather than performing live. Every entrant will receive a written adjudication sheet and a certificate of participation. All entrants will be invited to a Zoom meeting in the week beginning Tuesday 4th May when the adjudication and selected performances will be played.

The Festival is very grateful to D’Addario Orchestral, Stringers of London, Bridgewood & Neitzert Ltd and Thwaites Fine Stringed Instruments for their generous sponsorship of the Festival’s string competitions.

* In each case, age is the age on 1st September 2020 so that all the entrants in a class are in the same school year.

The video below shows performances from the 2019 D’Addario String Prize Competition together with interviews with the adjudicator, Hilary Sturt, and Markus Lawrenson from D’Addario.

The video below shows performances from the 2018 D’Addario String Prize Competition together with interviews with the adjudicator, Diana Cummings, and Markus Lawrenson.

As well as sponsoring our premier string competition, D’Addario Orchestral awards prizes on our Violin Days.

Bridgewood & Neitzert awards prizes on our Viola and Viola Days. 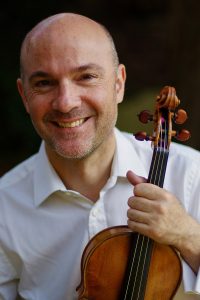 Simon Blendis enjoys an international career as a chamber musician, soloist and orchestral leader. He was the violinist with the Schubert Ensemble for 23 years, from 1995 until it finished in 2018. With the Ensemble he performed over 1000 concerts in over thirty different countries, recorded over twenty CDs, made frequent broadcasts for BBC Radio 3, and created an extensive library of live performances on YouTube which is still available. He now regularly collaborates as a chamber musician in festivals and with other notable artists.

Simon has been leader of the London Mozart Players since 2014 and is in constant demand as a guest leader. Last season he guest-led the LSO, RPO, Halle, Royal Northern Sinfonia and BBC Philharmonic, and guest-directed the Academy of St. Martin in the Fields and the Scottish Ensemble. He has also shared the position of first concertmaster with Orchestra Ensemble Kanazawa in Japan since 1999, with whom he has recorded Vivaldi’s Four Seasons for the Warner Japan label.

A keen exponent of new music, Simon has had works for solo violin written for him by, amongst others, Tansy Davies, Stuart Macrae, John Woolrich and jazz legend Dave Brubeck, and new violin concertos by David Knotts and Jeff Moore.

Simon is a professor of violin at the Guildhall School of Music and Drama. 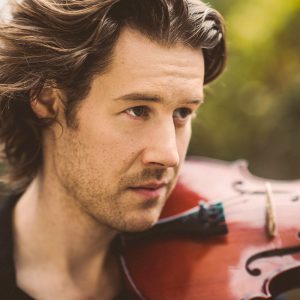 Violinist Thomas Gould has forged a distinguished career as a soloist, leader and director.  With a fluency across a number of different genres, Thomas has become a highly sought after collaborator, raising the bar for versatility on his instrument.

His studies at the Royal Academy of Music were followed by solo representation by YCAT (Young Classical Artists Trust), appointments as leader of Aurora and Britten Sinfonia, and membership of the chamber ensembles Artea Quartet and Man Overboard Quintet.  In 2014 Thomas signed an album deal with Edition Classics, and his début album Live in Riga (a live recording of Beethoven’s Violin Concerto) was released a year later to great acclaim.

Gould has performed as soloist with almost all of the major UK orchestras as well as ones in Australia, Denmark, France, Kazakhstan, Kosovo, Latvia, the Netherlands, Russia, Switzerland and the United States.  He has given more than twenty performances of Vaughan Williams’s The Lark Ascending with the Royal Philharmonic Orchestra at London’s Royal Albert Hall.  At the same time he has developed a reputation as a committed interpreter of contemporary works, working with many leading living composers including Michel van der Aa, Thomas Adès, Johannes Berauer, Mark Bowden, Dai Fujikura, Keaton Henson, Gavin Higgins, Jóhann Jóhannsson, James MacMillan, Nico Muhly, Max Richter and John Woolrich.

Thomas joined Britten Sinfonia as co-leader in 2006, becoming one of its leaders in 2016. He regularly directs projects from the violin, and has been engaged as a guest director with Sinfonietta Riga, Kölner Kammerorchester, ACO Collective, European Union Youth Orchestra, Cambridge University Chamber Orchestra and Southbank Sinfonia.

Thomas’s interest in jazz stems from his school days and early studies in piano and drums.  He enjoys long-term collaborations with Tim Garland and Gwilym Simcock, and has appeared at the London Jazz Festival and many of the UK’s premier jazz venues and festivals.  In 2017/18 he curated a four-concert series at London’s Kings Place called the Gould Standard.  Thomas been lucky enough to tour or record with Burt Bacharach, Jacob Collier, Jaga Jazzist, Brad Mehldau and Marius Neset.

A more recent strand to Gould’s career is baroque violin.  He is the regular leader of La Nuova Musica with whom he recently recorded an album called Handel’s Unsung Heroes comprising a selection of Handel opera arias featuring virtuosic violin solos.

Highlights of his 2021/22 season include performances of Beethoven and Django Bates with Orchestra of the Swan, Piazzolla with Royal Tunbridge Wells Symphony Orchestra, recitals with Yulia Chaplina and a return to Dartington International Summer School to give concerts and masterclasses.

Thomas plays on a violin made by Giovanni Battista Guadagnini in 1782. 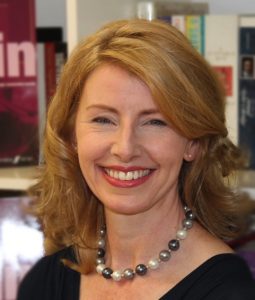 She is Principal 2nd violin with OSJ, regularly plays with the Royal Opera House and was a member of the Academy of St. Martin in the Fields.

Passionate about music education, she is Head of Strings at a London Independent School, string consultant and examiner for ABRSM and regularly presents seminars to teachers in the UK and Asia. Her articles are published in international music magazines and her violin tutor books – Best of Grade (1-5), 80 Grade studies (1-5 and 6-8) are published by Faber. Violin and Viola Basics are part of her most recent beginner string method series and are co-authored with Paul Harris. Cello and double-bass Basics will be released in consultation with specialists later in 2021.

She has performed in a variety of venues including Carnegie and Wigmore Halls, Sydney and Royal Opera Houses as well as pop arenas in London and Dubai. She gained a post-graduate scholarship to the Royal Academy of Music with the Amadeus string quartet and was recently made an Associate (ARAM) in recognition of her services to music. 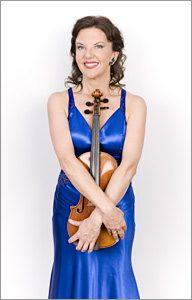 Up until her retirement in December 2020, Tasmin Little was firmly established as one of today’s leading international violinists. She has performed on every continent and in some of the most prestigious venues of the world, including Carnegie Hall, Musikverein, Concertgebouw, Philharmonie Berlin, Vienna Konzerthaus, South Bank Centre, Barbican Centre and Royal Albert Hall, Lincoln Center and Suntory Hall.

Tasmin’s discography and performance schedule reflect her wide-ranging repertoire and she has given numerous World Premiere performances including concerti by Willem Jeths, Robin de Raaf, Stuart MacRae, Robert Saxton and Dominic Muldowney. Her newly commissioned work, Four World Seasons by Roxanna Panufnik, was premiered as a live broadcast on the BBC and she remains one of the few violinists to perform Ligeti’s challenging Violin Concerto performing it in Berlin, New York, Salzburg, Amsterdam and Philadelphia.

As a recital and chamber music artist she returns to The Wigmore Hall., Australian Festival of Chamber Music, and all the major UK Festivals regularly. Recent recitals have taken her to New Zealand, Hong Kong, Philadelphia, Godella, Dubai, Malta, and to the Newport, Eastern Music and Chauttauqua International Music Festivals in the USA,.

In 2008, Tasmin launched her project, The Naked Violin, aimed at breaking down barriers to classical music by releasing a free CD for download on her website, and by performing in communities where music is rarely heard. Within days of the CD release, 6,500 websites had linked to Tasmin’s site and within a few months, more than half a million people had visited and downloaded. The project was filmed for television by ITV’s The South Bank Show.

Tasmin Little is a Fellow of the Guildhall School of Music and Drama (FGSM), a Vice President of the Elgar Society, an Ambassador for The Prince’s Foundation for Children and the Arts, and for Youth Music, and has received Honorary Degrees from the Universities of Bradford, Leicester, Hertfordshire and City of London. In 2016, she was awarded Honorary Membership of the Royal Academy of Music (Hon RAM) by the Academy and the University of London.  In 2019, she won the BBC Music Magazine Personality of the Year Award. She is the recipient of the Gold Badge Award for Services to Music and in 2012 was appointed an Officer of the Order of the British Empire (OBE) in the Queen’s Diamond Jubilee Birthday Honours List, for Services to Music. 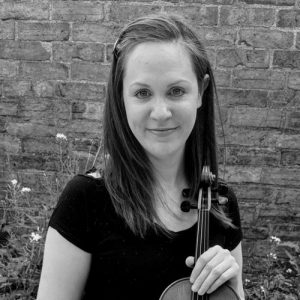 Stephanie Waite, began playing the violin at the age of two and then studied in the Junior department at the Guildhall School of Music and Drama. Later, while reading English Literature at Cambridge University she studied violin with Levon Chilingirian. After a gap of several years, during which she ran arts and music projects for prison inmates, she returned to her playing, studying intensively with Diana Cummings. Now she enjoys a diverse career performing in many orchestras and string ensembles, and teaching a small but cherished group of students. 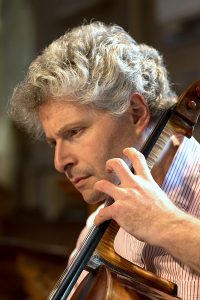 Robert Max enjoys a career that weaves together solo performance, chamber music, conducting and teaching. He has given recitals throughout the UK, Europe, Russia and the USA and performed concertos with the BBC Concert Orchestra, London Mozart Players, English Sinfonia, Arad Philharmonic, Wren Orchestra, Kazakh State Symphony Orchestra, Covent Garden Chamber Orchestra and many others. As cellist of the Barbican Piano Trio for thirty years, he has performed on four continents and made recordings for ASV, Dutton, Black Box and Guildmusic. Robert is an Associate of the Royal Academy of Music, where he has taught at the Junior Academy since 1992, and he has coached chamber music at MusicWorks since its inception in 2001. He is an Honorary Professor of the Rachmaninov Institute in Tambov (Russia), a member of the International Board of Governors of the Jerusalem Academy of Music and Dance and President of the North London Festival of Music, Drama and Dance. Robert is the principal cellist of the London Chamber Orchestra, conducts the Oxford and North London Symphony Orchestras and plays a Stradivarius cello dating from 1726 known as “The Comte de Saveuse”.  After performing Bach’s Six Cello Suites throughout the UK in 2019 Robert recorded them and they were released by Guildmusic to critical acclaim last year.