If an entrant has been a pupil of the Adjudicator in the year prior to the Festival or is well-known to the Adjudicator, they should contact the Section Head before entering.

Singers of a high standard unable to fulfill the above criteria should instead enter competition one of the other Festival singing competitions.

The recital can last up to 20 minutes with a maximum of five pieces. Entrants must sing one choice from each of four out of the five categories listed below, plus a fifth piece of their own choice, if desired.

Singers and accompanists should enter separately, but include a note on their entry if they are to perform together:

A £500 cash prize will be awarded to the highest placed singer. This will be given in memory of Edith Poulsen, who was born in Vienna on 10 April 1918, arrived in London on 6 April 1939 as a refugee and passed away on 4 April 2020. Her grandfather first took her as a 7-year-old to see the opera Hansel and Gretel, and she became hooked, enjoying opera for the rest of her life. She was an annual visitor to Welsh National Opera, where her last visit was to see Hansel and Gretel, aged 97.

A cash prize of £300 will be awarded to the highest-placed accompanist.

The prizes will be awarded not only for the performance of a balanced and well-designed programme but also for the most refined and developed sense of stagecraft. Competitors will find themselves adjudicated not only on the depth of their musicianship but also on how they present themselves and generally connect with an audience. A verbal introduction to the musical programme is an integral part of the performance.

We are very grateful to The Herbert Howells Society which is sponsoring the Herbert Howells Prize for the best performance of a song by Herbert Howells over the course of the Festival. Each adjudicator of singing competitions will nominate one singer and the winner will be chosen by agreement from among those nominees.

The Singing Recital and Accompanists’ Prize Competition will be live and will run from 10:30 am on Monday 25th April in the Free Church in Hampstead Garden Suburb.

The prize for the winning singer is given in memory of Edith Poulsen, who was born in Vienna on 10 April 1918, arrived in London on 6 April 1939 as a refugee and passed away on 4 April 2020. Her grandfather first took her as a 7 year old to see the opera Hansel and Gretel, and she became hooked, enjoying opera for the rest of her life. She was an annual visitor to Welsh National Opera, where her last visit was to see Hansel and Gretel, aged 97.

We have extended the closing date to Friday 8th April.

Entries to the North London Festival are accepted only from performers living or studying in the UK or the Republic of Ireland.

Our entry system, powered by Play and Perform, applies to all classes. Please click on the link below for how to apply and for hints on creating an effective video performance for online competitions. The first time you use the entry system, you will need to register. Entrants must also upload copies of the music.

The North London Festival has a link with the Royal Orchestral Society – www.royalorchestralsociety.org.uk – which is celebrating its 150th anniversary season in 2022/2023. As part of that celebration, there will be a ‘Rising Talent’ evening in the Duke’s Hall of the Royal Academy of Music, at 6 pm on Sunday 16th October 2022. This concert will feature performances with the orchestra by talented young and upcoming soloists and will be followed by a reception with the ROS’s Patron Judith Weir, Master of the Queen’s Music.

ROS will offer one or two of these performance opportunities to recent winners of the Festival’s elite competitions, such as the Edith Polson Prize Competition. You can still be eligible to take advantage of this opportunity by entering this year’s Competition.

The video above shows performances from the 2019 Singing Recital Prize Competition together with an interview with the adjudicator, Joan Rodgers, who explains what she is looking for from winning singers.

The video above shows performances from the 2018 Singing Recital Prize Competition together with an interview with the adjudicator, Linda Hirst and the adjudicator for accompanists, Gill Cracknell. 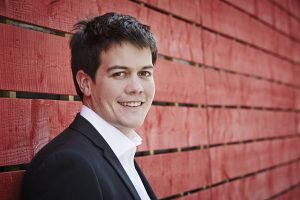 Described by The Daily Telegraph as ‘in a class of his own’ James Baillieu is one of the leading song and chamber music pianists of his generation.  He has given solo and chamber recitals throughout the world and collaborates with a wide range of singers and instrumentalists including Benjamin Appl, Jamie Barton, Ian Bostridge, Allan Clayton, Annette Dasch, Lise Davidsen, the Elias and Heath Quartets, Dame Kiri te Kanawa, Adam Walker, and Pretty Yende.  As a soloist, he has appeared with the Ulster Orchestra, English Chamber Orchestra, and the Wiener Kammersymphonie.

During the 2021-22 season James continues his strong relationship with Wigmore Hall with recitals including performers Benjamin Appl, Florian Boesch, Ema Nikolovska, Christoph Prégardien, and Fatma Said. He is Artist in Residence of the Lied Festival Victoria de los Ángeles where he presents Die schöne Müllerin, Winterreise, and Schwanengesang with Julian Prégardien, Mark Padmore, and Jan Petryka. Also in Barcelona, he joins Benjamin Appl for a fully-staged production of Winterreise at the Gran Teatre del Liceu designed by the renowned painter, sculptor, and engraver Antonio López. North American appearances of the season feature performances at Vancouver Recital Society with trombonist Peter Moore and at Celebrity Series of Boston, The Dallas Opera, and the Bicknell Family Center for the Arts on the campus of Pittsburg State University with Benjamin Appl.

At the invitation of John Gilhooly, James Baillieu has presented his own series at the Wigmore Hall with Adam Walker, Jonathan McGovern, Ailish Tynan, Tara Erraught, Henk Neven, Iestyn Davies, Allan Clayton, and Mark Padmore amongst others.  This series was shortlisted for the Royal Philharmonic Society’s Chamber Music and Song Award for an outstanding contribution to the performance of chamber music and song in the UK.

James Baillieu was prize winner of the Wigmore Hall Song Competition, Das Lied International Song Competition, the Kathleen Ferrier and Richard Tauber Competitions, and was selected for representation by Young Classical Artists Trust (YCAT) in 2010 and in 2012 received a Borletti-Buitoni Trust Fellowship and a Geoffrey Parsons Memorial Trust Award.  In 2016 he was shortlisted for the Royal Philharmonic Society Outstanding Young Artist Award.

James Baillieu is a Professor at the Royal Academy of Music, a coach for the Jette Parker Young Artist Program at the Royal Opera House, a course leader for the Samling Foundation, and is head of the Song Program at the Atelier Lyrique of the Verbier Festival Academy.  He also is International Tutor in Piano Accompaniment at the Royal Northern College of Music.  Highly sought after for masterclasses worldwide, recent sessions of learning have brought him to the Aldeburgh Festival, Cleveland Institute of Music, Metropolitan Opera Lindemann Young Artist Development Program, Friends of Chamber Music, Portland, Oregon, Vancouver Academy of Music, Canada, and to the University of Waikato, New Zealand. 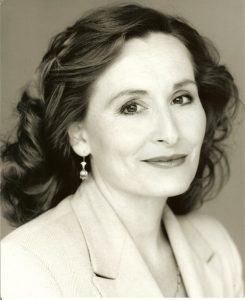 Janis Kelly studied at the RSAMD, the RCM and with Elisabeth Grummer in Paris. Widely recognized as one of the great singing actresses of her generation, Janis Kelly’s work continues to take her to the World’s leading Opera Houses, ranging from the Operatic and Concert platform, to Hollywood films and Soundtracks, as well as allowing her to teach students at the RCM,
where she is delighted to be returning  by invitation to the stage after 34 years!
Janis received worldwide acclaim for her portrayal of Rufus Wainwright’s Prima Donna, which she performed at the Manchester International Festival (World Premiere), Sadlers Wells, Toronto, Portland, ROH and Madrid and recently recorded for Deutche Gramaphon. Recent and future appearances include Mrs Lovett Sweeney Todd (WNO), Mrs Nixon Nixon in China (Metropolitan Opera), Lady Billows Albert Herring (Los Angeles Opera), Hazel George in the World Premiere of Philip Glass’ The Perfect American (Teatro Real, Madrid and ENO), Mrs Naidoo Satyagraha (ENO), Miss Jessel The Turn of the Screw and Mrs Coyle Owen Wingrave (Toulouse), Berta Il Barbiere di Siviglia, Madame Jouvenot Adriana Lecouvreur and Nella Gianni Schicchi (ROH), Berta (Glyndebourne), Christine Intermezzo (Buxton), Sister Helen in Heggie’s Dead Man Walking (Oregon) and Foreign Princess Rusalka (Grange Park)

View the complete Section syllabus for 2022