For the online Festival we will be using a new system for entries. Click on the links to go to the new entry system and for help with creating your video. Entrants will also be required to upload copies of the music.  The first time that you use it, you will need to register.

The closing date for piano classes is Friday 16th April.

Please click on the link below for how to apply and for hints on creating an effective video performance.

Entrants will submit a video of their performance rather than performing live. Every competitor will receive a written adjudication sheet and a certificate of participation. All entrants will be invited to a Zoom meeting in the week beginning Monday 10th May when the adjudication and selected performances will be played.

In each case, age is the age on 1st September 2020 so that all the entrants in a class are in the same school year.

To see videos of performances from the 2019 Emanuel Trophy Piano Competition and the 2019 and 2018 Appelbe Piano Prize Competitions, click the ‘read more’ link below. 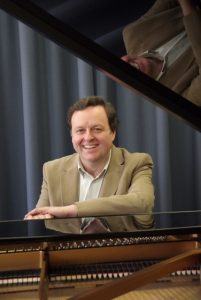 ” His sound is lustrous; his playing is lyrical and full of feeling; he thinks not only of the passing notes but of the overall form. Moreover, O’Hora is blessed with meticulous taste – there was not a vulgar, swooning or overstated passage in the program. “ The Washington Post

The British pianist Ronan O’Hora has performed throughout the world, playing with such orchestras as the London Philharmonic, Philharmonia Orchestra, the BBC Symphony, Royal Philharmonic and English Chamber orchestras, the Academy of St Martin-in-the-Fields, Hallé Orchestra, Indianapolis Symphony, Zurich Tonhalle, Netherlands Radio Chamber, Philharmonia Hungarica, Brno Philharmonic, Winnipeg Symphony, Florida Philharmonic and Queensland Philharmonic. He has performed in every major country in Europe as well as in the USA, Canada, Australasia and South Africa working with leading conductors such as Kees Bakels, Matthias Bamert, Hans Vonk, James Judd, Sir Yehudi Menuhin, Bramwell Tovey, Hans Vonk, Edo de Waart, Takuo Yuasa and Lothar Zagrosek as well as appearing at many notable music festivals like Salzburg, Gstaad, Ravinia, Montpelier, Bath, Harrogate and Brno. Born in Manchester in 1964, Ronan O’Hora studied there at the Royal Northern College of Music with Professor Ryszard Bakst. He has won many important awards that have included the Dayas Gold Medal, the Silver Medal of the Worshipful Company of Musicians and the Stefania Niekrasz Prize, which is awarded every five years to an outstanding exponent of Chopin. Broadcasts on radio and television world-wide have included a televised recital for the Chopin Society in Warsaw, a televised performance of Beethoven’s 4th Piano Concerto with the Netherlands Radio Symphony, two programmes of chamber music by Mozart for BBC TV, as well as over eighty concerts on BBC Radio 3. Ronan O’Hora has made highly regarded recordings on the Tring International, Virgin Classics, Dinemic and Fone labels in which he has covered concertos by Mozart, Grieg and Tchaikovsky in addition to solo piano repertoire by Schubert, Brahms, Debussy, Schumann, Beethoven, Chopin, Mozart, Mendelssohn and Satie plus chamber music by Fauré, Britten, Debussy, Dvorak and Mozart in a discography which extends to over thirty CDs. Reviewed as its Editor’s Choice, The Gramophone Magazine wrote “ The Grieg Piano Concerto [with the Royal Philharmonic Orchestra under James Judd] demands imagination and great delicacy of feeling as well as bravura without barnstorming if its eternal freshness is to be caught on record. Ronan O’Hora …… uncannily invests this very beautiful recording with all these virtues, and more besides, for the performance sounds totally spontaneous even on second or third hearings … The cadenza is superb …”
Ronan O’Hora is the Head of Keyboard Studies and Head of Advanced Peformance Studies at the Guildhall School of Music and Drama in London. 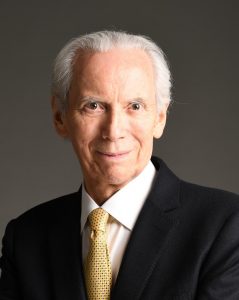 Frank Wibaut is an International Soloist, Chamber Musician and recording/broadcasting Artist in major concert halls in over 40 countries.

With a performed repertoire of 97 concerti he has performed the Emperor piano concerto more than 500 times and has been a soloist with all the major British orchestras, BBC orchestras, Chamber orchestras and many international orchestras around the world. His recording labels include: EMI, Hyperion, Chandos, Regis, Polydor, Hugo (Hong Kong), Bongiovanni (Italy), HNH (USA), etc., with Solo, Concerto and Chamber music repertoire.

With his large solo repertoire, he also performs chamber music concerts with the world’s leading international instrumentalists and was pianist in the Dartington Piano Trio. His repertoire includes many premiers with performances in major Festivals in Japan, London, Edinburgh, Cheltenham, Venice, Prague, Brno, + France, Belgium, Austria and Australia etc.

First prizes include: Hastings Concerto Competition, London Chopin Competition Royal Overseas League and BBC Piano Competition etc.  As a much sought after teacher, he was Professor of Piano at both the Royal College of Music and Royal Academy of Music, where he became Head of Postgraduate Performance Studies. He is now a Senior Piano Tutor at the Royal Northern College of Music and Visiting Professor in several countries. His students win both national and international prizes. He also coaches internationally distinguished musicians.

Invitations as Performer/Professor include: The Mozarteum Summer Academy in Salzburg (19 years), the Nice Summer Academy in France and Kirishima International Festival in Japan, where he is a frequent visitor.

For 10 years as the first Artistic Director and Chairman of the Jury, he developed the rapid international growth of the Hastings International Piano Concerto Competition. He partnered the competition with the Royal Philharmonic Orchestra and awarded prizes of over £32,000 + concert engagements, including the RPO.

The Royal Academy of Music in London awarded him with their highest honour, for his outstanding contribution to the RAM and to music worldwide. 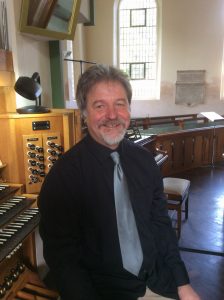 Allan Clay is a pianist, organist, conductor and composer, with long experience in education and as an adjudicator. He was educated in Essex and went on to the Royal Academy of Music, London, studying piano with Alexander Kelly, organ with Christopher Bowers-Broadbent and composition with Roger Steptoe. After graduating, he worked as a freelance musician and was the founding conductor of the Surrey Sinfonietta (now the London Camerata) who gave the first performance of his Oboe Concerto with Hilary Dennis. In the mid-90s, Allan joined the staff of Felsted School, and subsequently has been Director of Music in schools in the South of England, as well as at Harrow School, Bangkok, where also he worked with the Bangkok Symphony Orchestra, Zambia and Vietnam. He examines extensively for ABRSM, both in the UK and internationally, and is delighted to be adjudicating at this year’s exciting online festival. 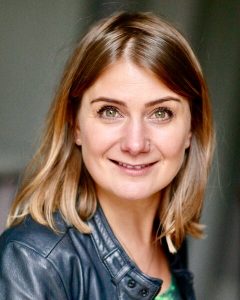 Eva Maria Doroszkowska is an international pianist whose dramatic and colourful interpretations have earned her high acclaim.

She enjoys a busy teaching and performing schedule which takes her round the world. She has appeared on BBC and Polish television and radio.

A keen interest in contemporary music, she has worked with two of the 20th Century’s finest composers, Gorecki and Per Norgard.

Eva is passionate about chamber music and has worked with various ensembles from string quartet to jazz and pop. She has been teaching at the Royal Academy Junior Department since 2001 and enjoys a varied life as soloist, teacher, accompanist and festival adjudicator.  She won a scholarship to study at the Katowice Szymanowski Academy in Poland, also studying in Amsterdam, Holland and a travel bursary for Soloist Masters Class in Copenhagen. She won a scholarship for her undergraduate studies at the Royal Northern.

Alongside her performing, teaching and adjudication work, Eva Maria has worked closely with Alexander Technique for the last 15 years and writes for International Piano Magazine. 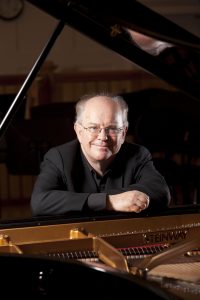 One of Britain’s most creative and distinctive pianists, Julian Jacobson is acclaimed for the vitality, colour and insight he brings to his enormous repertoire ranging across all styles and periods. Following early acclaim as a duo and ensemble pianist performing with many leading British and international soloists, he has gained increasing admiration as a penetrating and imaginative soloist. His 70th birthday was marked by a series of four recitals at St John’s Smith Square, where he was invited to return in August 2020 to perform the Liszt B minor Sonata in a series of concerts marking the reopening of the hall.

His reputation as an important Beethoven pianist was cemented by a whole series of sonata cycles, beginning in 1994. He has now presented the cycle ten times, most recently at the festival ‘Beethoven in Altaussee’ in Austria where he also presented the complete cello and piano works with Adrian Brendel. Three of these cycles were ‘marathon’ performances where he performed the complete 32 sonatas, from memory, in a single day (2003, 2004 and 2013); the 2013 performance, at St. Martin-in-the-Fields London, was broadcast world wide and received rave reviews. He is currently recording the cycle. He is Chairman and Artistic Director of the Beethoven Piano Society of Europe.

Composers who have written for him include Robert Saxton, Simon Bainbridge, Benedict Mason, Philip Cashian, Daryl Runswick, Charles Camilleri and Keith Tippett. Michael Nyman wrote the trio “Time Will Pronounce” for his former ensemble the Trio of London, recorded on Decca Argo. In 1987 he gave the acclaimed UK premiere of Ligeti’s now famous Etudes Book 1; a subsequent BBC recording was highly praised by the composer. A composer himself, his works are published by Bardic Edition and Faber. His transcriptions of Gershwin’s “An American in Paris” and Second Rhapsody have received rave reviews and many performances: he recorded them for SOMM in August 2020 with his regular duo partner Mariko Brown, due for release in June 2021. He has also composed and conducted five film scores including “To The Lighthouse” (1983) and “We Think The World Of You” (1988).

Julian studied from the age of seven with Lamar Crowson (piano) and Arthur Benjamin (composition). Later studies at the Royal College of Music (where he is now a professor) and Oxford were supplemented by private lessons with the great Hungarian pianist Louis Kentner and a period as the pianist in the National Youth Jazz Orchestra. He was Head of Keyboard Studies at the Royal Welsh College of Music and Drama and currently teaches at the Royal Birmingham Conservatoire as well as Xiamen University China as Guest Professor. He is frequently invited to give masterclasses, most recently for the Ira Brilliant Center for Beethoven Studies at the San Jose State University, California. He has adjudicated on many occasions for the Hong Kong Schools Music Festival.